Q1. Which are the asanas and pranayama one can do safely during menstruation?

From Day One until the menstruation ends one should stick to the practice of those asanas that help women keep healthy and that do not create an obstruction to the menstrual flow. Those asanas have to be selected which do not make her run out of energy or bring any hormonal disturbance.

The standing forward extensions – (uttistha paschima pratana sthiti), such as Uttanasana, Adho Mukha Svanasana, Prasarita Padottanasana, Parsvottanasana – preferably with the head supported – help during menstruation. In order to soften the abdomen one has to first do the concave back movement before going to the final posture. But those who suffer with body-ache, low back pain, low energy levels or sudden falls in their sugar level should avoid these postures. Ardha Chandrasana and Utthita Hasta Padangusthasana II, help to check the heavy bleeding, back-ache and abdominal cramps. Those who suffer with lower back-pain sciatica, slipped disc have to add these two asanas in their list.

The supine asanas (supta sthiti) – such as Supta Virasana, Supta Baddhakonasana, Supta Svastikasana, Matseyasana, Supta Pagangushtasana II, (done with support of belts, bolsters and blankets), relax the muscles and nerves which are under constant stress, strain and irritation. These asanas help to relax and slow down the constantly throbbing vibrating organ so that minimum vital energy is consumed.?Those who suffer from breathlessness, heaviness in the breasts, water retention, heavy bleeding, abdominal cramps, mental irritation and impulsion find these asanas very effective to reduce and get rid of those problems.

The sitting asanas (upavistha sthitti) – such as Svastikasana, Virasana, Padmasana, Baddhakonasana, Upavisthakonasana, Gomukasana, Mulabandhasana etc., help to remove tension and stress. It is also a time where one can deal with knees, hamstrings, groins, ankles, toes in order to lubricate, extend and flex, so that the joints are loosened, and the swelling and pain are eradicated. When the legs are soothed by these asanas the brain too gets calmed.?During the menstruation, it is time for women having arthritic pain to work on their shoulders, elbows and wrists by practising Parsva Baddha Hastasana, Paschim Namaskarasana, Gomukasana (arm position), and rope 1 for shoulders etc.?So, those who suffer with arthritis, rheumatoid pains, swelling in the joints can give sufficient time to work in those areas, by slowly and gradually releasing and relieving the joints without being aggressive.?Those who cannot do Virasana, Padmasana can put in (non-aggressive) energy here to work on the knees as there would be sufficient time, one would not be in a hurry to finish the daily schedule of practice.

In order to have good organic and nervine rest one has to do Viparita Dandasana and Setubandha Sarvangasana (purva pratana sthitti) which help to energise and stimulate the brain, chest, lungs, heart and maintain hormonal balance in the glandular system.

One can do Savasana, Ujjayi and Viloma pranayama in Savasana. If the menstruation is normal without giving any pain, headache, irritation, anxiety, suffocation, depression one can do Ujjayi and Viloma pranayamas in a sitting position.?Among all these asanas, just to maintain health during the menstruation one should as a routine practise Supine, Forward extensions and Viparita Dandasana and Setubandha Sarvangasana and pranayama in Savasana as a short course though it normally takes one and a half to two hours.

Q2. Which are the asanas and paranayamas to be avoided?

One should avoid Inversions (viparita sthitti), such as Adho Mukha Vriksasana, arm-balancings like Bakasana (bhujatalan sthitti), backward extensions (purva pratana sthitti) such as Urdhva Dhanurasana, Kapotasana and the body knottings (grantha sthitti), such as Yoganidrasana, Ek Pada Sirsasana and abdominal contraction (udara akunchana sthitti) such as Navasana and Jathara Parivatasana.?One should avoid pranayama in sitting asana. Even if done it should not be for longer than fifteen minutes. Avoid Antara and Bahaya Kumbhakas, Uddiyana and Mula Bandhas, Bhastrika, Kapalabhati and Mahamudra.

Q3. Why shouldn’t we do inversions (viparita sthitti) during the period?

During menstruation if one does inversions the blood flow will be arrested. Those who tried to do out of enthusiasm or callousness will have noticed that the flow stops abruptly. This is certainly not good for health since it may lead to fibroids, cysts, endometriosis and cancer, damaging the system.?According to ayurveda, what ever has to be thrown out should be thrown out and not retained or held in. You cannot hold urine, faeces, phlegm, mucus etc, inside as they are substances that have to be thrown out. These are called as mala – the waste, which need to be excreted. If they are retained within they invite all diseases.?During menstruation one has to lessen physical exertion including walking, dancing or heavy house-hold work. The body demands rest and relaxation and one needs to provide that.?The inversions have their own characteristics. This category of asana arrest the menstrual flow and when done during pregnancy they hold the foetus safely and healthily. For those who have frequent miscarriage these asanas prove to be a boon. Those who prolong their periods for more than fifteen days, it is permissible for them to begin to do the inversions after twelve days though they have continuous flow. The inversions will arrest the bleeding. Obviously one has to know the cause behind such prolonged and heavy flows and treat that disease with other asanas during the days of non-period. Yet, that the flow can be checked is a fact. If a woman gets periods during ovulation, the inversions are administered like medicine. ?After the menstrual cycle gets over begin the practice of asanas with inversions, as they are great healers as far as the reproductive system is concerned. They quickly bring a hormonal balance.?If this background, as far as the effects of inversions are concerned are known, one need not doubt about their omission during the periods. Still, due to obstinacy and rigidity, if one forces oneself to do one may have to pay heavily later if not immediately. The flow has to stop completely before one can resume the practice of inversion. The question is not of three days or four days. As soon as the flow stops, begin with the practise of inversions. Do not go suddenly for standing poses, back-bendings, balancings etc,. Remember that you have just delivered the unborn baby, since the menstruation is called as the funeral of the unborn baby. 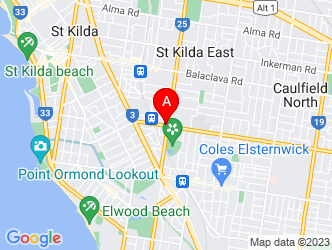